Book your Super Bowl Hotels & Packages for your favorite sports events worldwide!
Get up to date on Arsenal transfer news, injury updates, fixtures, not restricting reports on Arsenal Ladies and share your opinions on Goonerhead
The Gunners head coach is happy with his squad and believes versatile attacking player Iwobi will soon agree a new contract

Iwobi, whose contract runs to 2020, made 26 appearances in the Premier League last season and scored three times for the Gunners.

And the Nigeria international will soon renew his contract to commit his future to Arsenal, Emery told reporters ahead of an International Champions Cup meeting with former club Paris Saint-Germain.

Iwobi, who has been linked with a number of European clubs this summer, including Lazio, played no part in the 3-1 penalty shoot-out defeat to Atletico Madrid, having only just returned from a break following his exertions for Nigeria at the World Cup.

“I have the information – he’s near,” Emery said. “First, I want to work with every player, and they are coming.

“Mesut [Ozil], Iwobi, [Mohamed] Elneny are starting to work with us, the first week is very good. My information is he is going to sign and continue with us.” 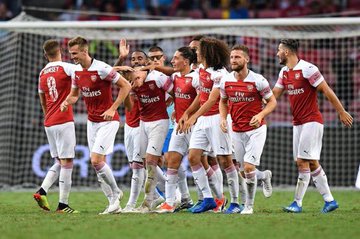 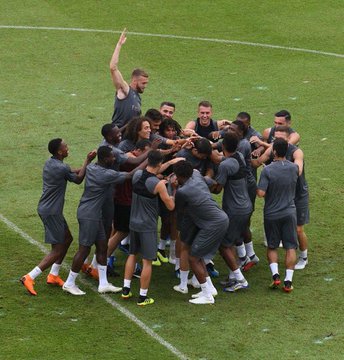 The Gunners have been linked with further signings ahead of August’s deadline, but Emery is content with the group at his disposal.

“I believe in these players,” Emery added. “Now, I am very happy with the players. On Monday, other players come with us after the World Cup.

“If there is a possibility to sign a player, it isn’t very important now, but while the window is open, we can.”

Atletico Madrid star under investigation ahead of Arsenal clash