Barcelona have reached a deal to sign Bordeaux winger Malcom for £36.5m – a day after Roma said they were on the verge of signing him.

The 21-year-old Brazilian Arsenal winger target has agreed a five-year contract with Barca. 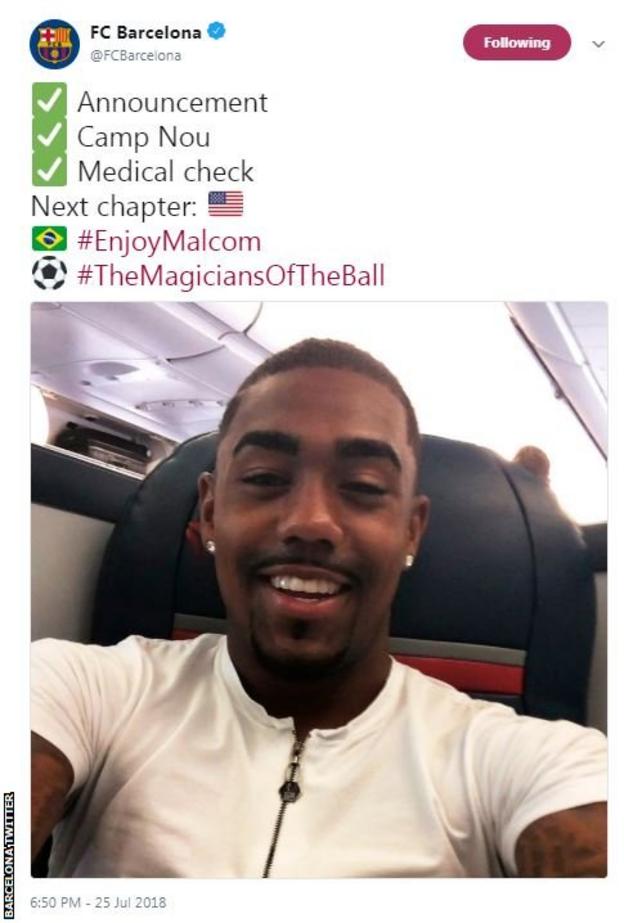 Roma announced on Monday they had reached a deal with Bordeaux subject to a medical and personal terms.

Roma sporting director Monchi said “nothing was signed” but that they are considering whether they have “a legal case” over the transfer.

He told the Roma website: “Early this morning I spoke with Malcom’s agent, Fernando Garcia, who had a meeting with Bordeaux planned at 12pm to confirm everything was in place for the player to travel to Rome in the evening.

“After that I was surprised to be told that the agents and Bordeaux wanted another improved offer, as Barcelona were still pushing for a deal. I told them enough, because we did not want to enter an auction.

“It is true that nothing was signed, but there are many messages with the agents and their president that are at least worth being assessed.”

Malcom is expected to have his medical with Spanish champions Barca on Wednesday.

Yet to be capped at senior level by Brazil, he scored 20 goals and set up 13 in 84 Ligue 1 games for Bordeaux following his 2016 move from Corinthians.

We Have Not Given Up On Signing Cazorla – Diego Simeone