There is plenty of transfer gossip circulating once again ahead of the summer and we have some updates on Arsenal’s pursuit of £90m-rated duo Fred and Richarlison.

Arsene Wenger [if he’s still in charge!] is expected to rejuvenate his squad this summer following another frustrating campaign and strengthening the midfield is expected to be a priority.

Jack Wilshere looks increasingly likely to leave when his contract expires in June while Aaron Ramsey’s future is in doubt as he has just over a year left to run on his contract and is yet to sign an extension.

A number of players have been linked in the media recently but the Mirror claim that Arsenal are among a host of clubs interested in signing Shakhtar Donetsk midfielder Fred.

The Brazilian international has been excellent since joining Shakhtar in 2013 and we enjoy a close relationship with his agent Gilberto Silva – who is an Arsenal legend having played a key role in the Invincibles.

However, a deal to sign Fred is going to be difficult as the newspaper says his £50m valuation will be a problem while Manchester United and Manchester City are also in the race for his signature.

Obviously they have huge resources at their disposal so the chances are Fred will end up in Manchester rather than London if he does leave Shakhtar this summer. 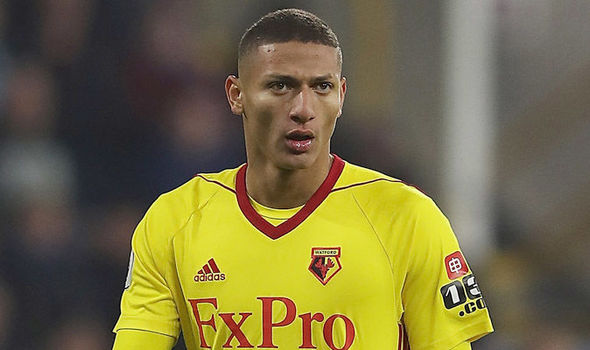 Next up and the Mirror are also reporting that Arsenal are keen on signing Watford’s £40m attacker Richarlison but will face competition from Chelsea, Paris Saint-Germain and Monaco.

The Brazilian forward enjoyed a flying start to life here in England after joining Watford from Fluminense last summer after scoring 5 goals and providing a further 5 assists in his first 13 games.

The goals have dried-up as Richarlison hasn’t netted in his last 22 appearances and was dropped for the Hornets’ 2-2 draw with Bournemouth at the weekend.

However, the newspaper says Watford are still expecting plenty of interest this summer as his early season form caught the eye of Arsenal, PSG, Monaco and Chelsea.

Wenger recently suggested he wasn’t in the market for attacking reinforcements this summer but I still think we need a winger and Richarlison has bags of potential.

But the Mirror claim Watford want around £40m for the 20-year-old South American and I can’t see us being willing to pay that kind of money for him so a deal is highly unlikely at this stage.

So according to these reports it would cost us around £90m to sign Fred and Richarlison and I’m sure I wouldn’t be the only one who’d be underwhelmed if that was the bulk of our summer business.

Of the two, Fred would make the most sense as we desperately need a midfielder but I’d much rather we spent £40m on a keeper and/or centre-back than on Richarlison.