Arsenal’s pursuit of James Rodriguez was short lived as the attacking midfielder will not leave Bayern Munich this month, claims ESPN.

It emerged earlier this week that the Gunners had been given encouragement of signing Rodriguez on loan for the rest of the season if they could shift Mesut Ozil.

Rodriguez has entered the final six months of his two-year loan stint at Bayern and the Bundesliga side were willing to cut loose if someone was willing to pay his £3m release clause.

The Colombia international will more than likely return to parent club Real Madrid at the end of the season but will see out his Bayern loan and make a decision on his future in the summer. 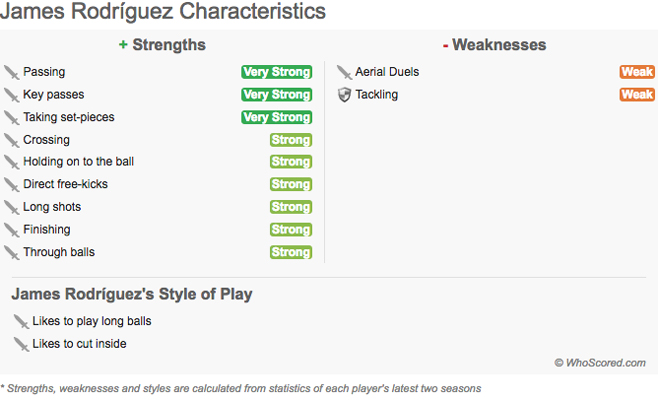 Bayern will need to pay €42m to sign Rodriguez on a permanent deal, on top of the €13m loan fee they shelled out 18 months ago.

Napoli were another side monitoring Rodriguez’s future this month, with Carlo Ancelotti keen on a reunion with the 27-year-old.

Since the start of last season, Rodriguez is making a key pass more frequently (every 25.6 minutes of action) than any other player to have made at least 20 appearances in the Bundesliga.

Why Arsenal will win the Premier League – Antonio Conte